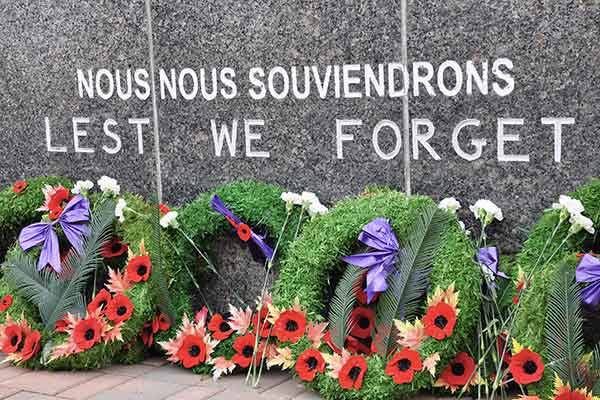 Remembrance Day has been celebrated in Canada for over a hundred years to remember and honor those who died to protect our freedom. Also known as Armistice Day, such a prestigious holiday has plenty of ways to celebrate.

But what can Ontario residents do each year to celebrate Remembrance Day? Are there any ceremonies and what about those who can’t attend any events?

That’s what we’re here to look at today. Read on to find out more about how things to do for Remembrance day.

What is Remembrance Day?

Remembrance Day, also known as Armistice Day, takes place on November 11th, which is also the day that World War One ended in 1918. There’s a heavy focus on the number 11 during this day.

That’s because the armistice agreement that ended World War One was signed at 11 am on the eleventh day of the eleventh month. As such, there’s always a moment of silence as the clock strikes 11 each Remembrance Day.

The day is aimed at remembering the fallen on both sides of the conflict. Now that we have some more context on what Remembrance Day is for, let’s look at how Ontario’s residents regularly celebrate the holiday.

One of the most prominent Remembrance Day ceremonies takes place at the National War Memorial in downtown Ottawa. Thousands of Ontario residents have shown up to this ceremony, which starts at around 10:45 am.

Beachwood Cemetery also hosts its Remembrance Day service around 10:30 am. Military family members regularly attend this ceremony on the eleventh.

The Canadian War Memorial hosts a moving ceremony each year. As soon as the clock strikes 11 am, sunlight enters into the memorial through a single window and shines Canada’s Unknown Soldier headstone.

Cities, towns and even small villages across Ontario will perhaps have in-person ceremonies this year. Check the local Legion or town website near you to learn more.

If you aren’t able to attend these and many other ceremonies happening in Ontario, don’t fret. There are plenty of ways we can all individually celebrate Remembrance Day and remain active.

Those who aren’t willing to go out in public due to safety concerns can watch a virtual ceremony or broadcast on television. Staying healthy and safe should always be your number 1 concern, even on Armistice Day.

One easy and traditional way is to wear a poppy, the main symbol of Remembrance Day. Poppies famously grew on the graves of soldiers who died during the Battle of Ypres.

Various poems have captured the significance of the blood-red poppies, marking them as an important symbol for Remembrance Day. Wearable poppies should be readily available in and around Ontario.

If you or someone you know has a family member in the armed forces, there’s no better time than on Remembrance Day to send them a letter or message. Let them know that you’re grateful for their sacrifice and service.

Whether they served in World War II or other conflicts, Remembrance Day exists for them too. Reach out to your veterans when you’ve got the time.

Ontario residents and Canadians from around the country also fold origami peace cranes and display them around your home. It’s an easy and fun activity for all to enjoy, and it’s a great symbol of international peace.

Finally, don’t forget to pause for two minutes right at 11 am. Reflect and remember those who lost their lives with your family and friends around you.

It’s hard to overstate how important Remembrance Day is in Ontario and in Canada more generally. Use this guide to help you decide how you’ll spend this year’s Remembrance Day. Remember to stay safe this year!

Looking for more information on things to do in Ontario, Canada? Visit the rest of our site and find out more today!